NASA’s Chandra X-ray Observatory has uncovered evidence of an ultra-thin layer of carbon on the neutron star in the Cassiopeia A supernova remnant, a discovery that solves a mystery about the object. It is the first time that the composition of an atmosphere of an isolated neutron star has been confirmed.

“The compact star at the center of this famous supernova remnant has been an enigma since its discovery. Now we finally understand that it can be produced by a hot neutron star with a carbon atmosphere,”

said Wynn Ho, lead author of a paper in the latest issue of Nature outlining the find. 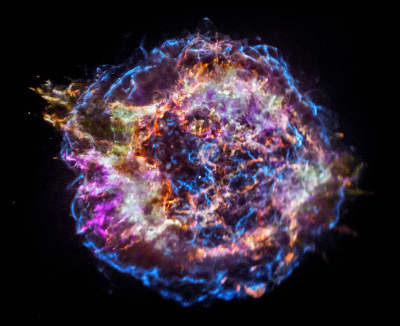 A Chandra image of Cas A in 1999 showed a previously undetected point-like source of X-rays at the center. This object was presumed to be a neutron star, the typical remnant of an exploded star, but researchers were unable to understand its properties since the object showed no X-ray or radio pulsations or signs of radio pulsar activity.

The carbon atmosphere explains the lack of X-ray pulsations because, like a lightbulb that shines consistently in all directions, this neutron star would be unlikely to display any changes in its intensity as it rotates.

Unlike most astronomical objects, neutron stars are small enough to understand on a human scale. For example, neutron stars typically have a diameter of about 14 miles, only slightly longer than a half-marathon. The atmosphere of a neutron star is on an even smaller scale.

The researchers calculate that the carbon atmosphere is only about 4 inches thick because it has been compressed by a surface gravity that is 100 billion times stronger than on Earth.

Also, the estimated age of the neutron star in Cas A is only several hundred years, making it about ten times younger than other neutron stars with detected surface emission. Therefore, the Cas A neutron star gives a unique window into the early life of a cooling neutron star.

The researchers say it comes from a combination of material that has fallen back after the supernova, and nuclear reactions on the hot surface of the neutron star which convert hydrogen and helium into carbon. 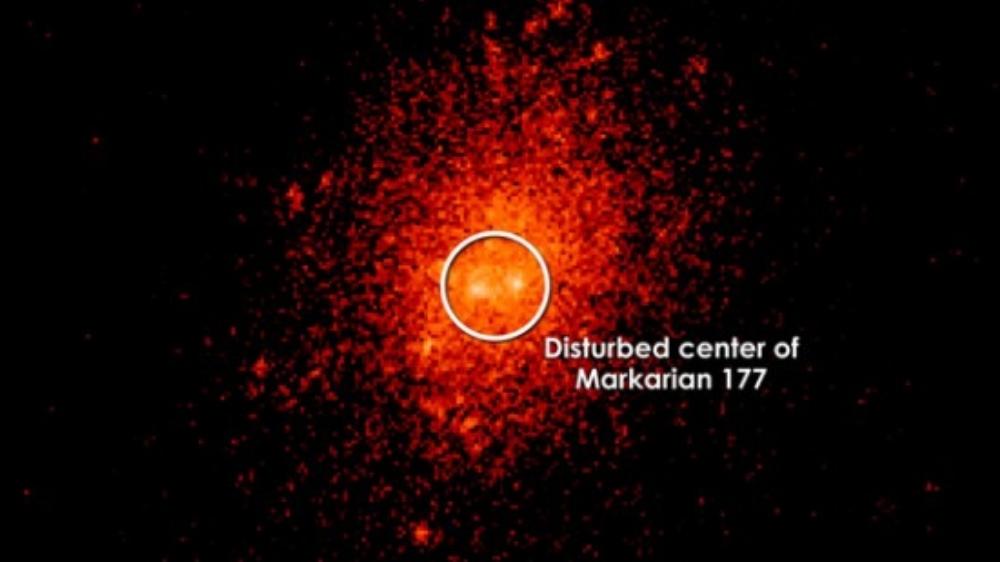