A new hybrid nano-probe that could lead to noninvasive detection and treatment of cancer at the level of a single cell has been developed by a University of Southern California scientist.

Fabien Pinaud, assistant professor of biological sciences, chemistry and physics and astronomy at USC Dornsife, created a method for amplifying a biochemical signal on the surface of cancer cells.

The boosted signal allows the scientists to distinguish cancer cells from healthy cells through the use of Raman spectroscopy — a specialized laser imaging technique.

Using “molecular glue” assemblies to design novel nano-probes is common practice in biomedical research today, but most scientists build these with DNA rather than protein. While promising optical probes are being generated using DNA assemblies in test tubes, DNA is not a practical adhesive in live cells.

“Our approach takes advantage of the fact that we have two different nanoparticles which, on their own, are not active, but which become active when they assemble on cancer cells,”

said Pinaud, principal investigator of the Single Molecule Biophotonics Group and co-author of a related study. 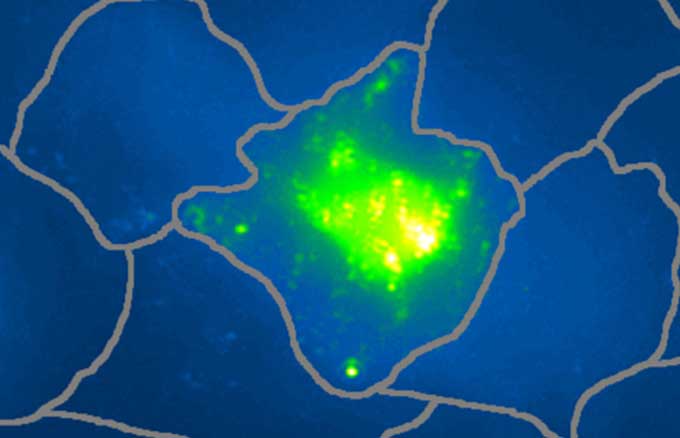 Both sets of nanoparticles zero in on cells and bind specifically to biomarkers at the cell surface. As the nanoparticles collide on a cancer cell, the protein fragments naturally reassemble into the whole fluorescent protein.

The restructuring process provides two advantages. First, the activation of a new biochemical signal in the fluorescent protein is massively amplified by the nanoparticles, which allows for detection by Raman imaging.

Second, heat and ultrasounds are produced when the laser hits the nanoparticles, and that can be measured with ultrasound detectors. This dual effect provides high confidence that a detected cell is actually cancerous and not a false-positive signal from a healthy cell.

Scientists will next explore the possibility of destroying individual cancer cells, while leaving healthy cells unharmed, by using the laser to heat up the nanoparticles. 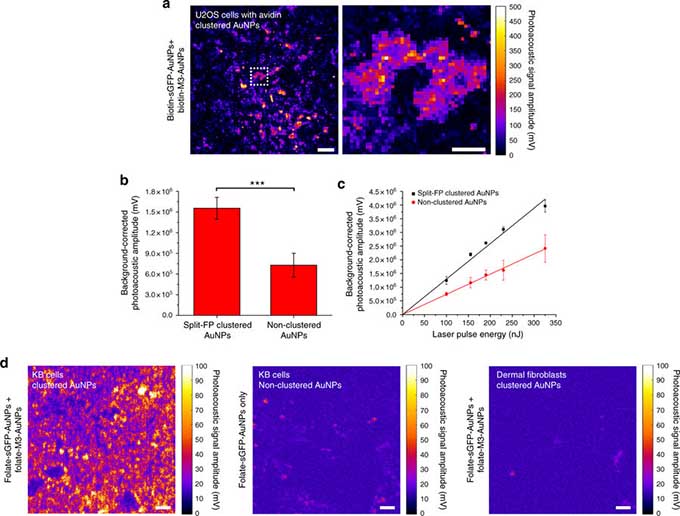 “Going from imaging to killing cells is just about turning the knob on the laser that you use,” 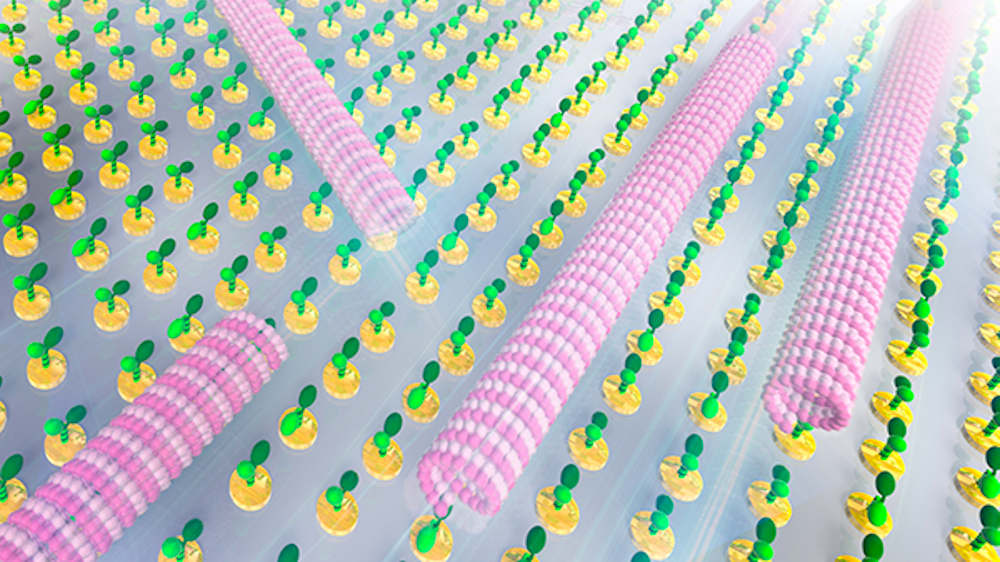